I am a global economic historian and historian of economic ideas.  Spring 2013 is Spanish immersion, reading late 18th century Spanish enlightenment works by Conde Pedro de Campomanes, Melchor de Jovellanos–and also reading modern Spanish commentary by Luis Perdices and Vicent Llombart.  A decade ago, I built a database of the Spanish economy in 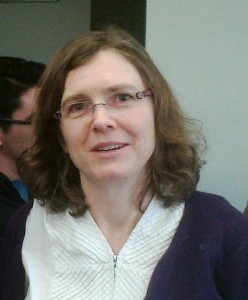 California in Mexican archives, and I’m putting together the two projects in a book Behind the Veil of 1848: Piety and Profits in Alta California’s Economy.  In the 2000s I got sidetracked by the global financial crisis.  I became interested in Keynes’ writings of the 1920s because he wrote with great insight about the links between production and finance, and because the unstable financial flows of the 1920s seem rather like those of the Noughties (2000-2010).   I’ve also spent many a fine hour reading Odd Langholm, who wrote about the Scholastic ideas of the middle ages.  There are some similarities between Keynes and the Scholastics, as both urged curbs on the profit motive in order to protect the community.  In 2012, I began a long-term project with students on deindustrialization and reindustrialization in Keene, a center of the precision manufacturing sector, which is taking me into the uncharted territory of heterodox theories of the firm.   But this is on the back burner for the next 18 months while I write that book.  Back in the 1990s, I trained at the New School, where I read Marx to my heart’s content and also discovered Smith, Ricardo, and the economic anthropologist Marcel Mauss.  My teachers (Robert Heilbroner, Lance Taylor, Anwar Shaikh, Janet Abu-Lughod, Bill Roseberry) were wonderful–but now it is conversations with my students that liven up my day.  That’s really why I’m such a stickler about doing the reading–I can’t wait to talk about it!